The death in 2013 of Seamus Heaney is an appropriate point to honour the great Irish poet’s significant contribution to classical reception in modern poetry; though occasional essays have appeared in the past, this volume is the first to be wholly dedicated to this perspective on his work. Comprising literary criticism by scholars of both classical reception and contemporary literature in English, it includes contributions from critics who are also poets, as well as from theatre practitioners on their interpretations and productions of Heaney’s versions of Greek drama; well-known names are joined by early-career contributors, and friends and collaborators of Heaney sit alongside those who admired him from afar.

The papers focus on two main areas: Heaney’s fascination with Greek drama and myth – shown primarily in his two Sophoclean versions, but also in his engagement in other poems with Hesiod, with Aeschylus’ Agamemnon, and with myths such as that of Antaeus – and his interest in Latin poetry, primarily that of Virgil but also that of Horace; a version of an Horatian ode was famously the vehicle for Heaney’s comment on the events of 11 September 2001 in ‘Anything Can Happen’ (District and Circle, 2006). Although a number of the contributions cover similar material, they do so from distinctively different angles: for example, Heaney’s interest in Virgil is linked with the traditions of Irish poetry, his capacity as a translator, and his annotations in his own text of a standard translation, as well as being investigated in its long development over his poetic career, while his Greek dramas are considered as verbal poetry, as comments on Irish politics, and as stage-plays with concomitant issues of production and interpretation. Heaney’s posthumous translation of Virgil’s Aeneid VI (2016) comes in for considerable attention, and this will be the first volume to study this major work from several angles. 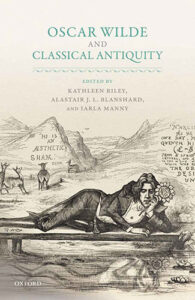 Few authors of the Victorian period were as immersed in classical learning as Oscar Wilde. Although famous now and during his lifetime as a wit, aesthete, and master epigrammist, Wilde distinguished himself early on as a talented classical scholar, studying at Trinity College Dublin and Oxford and winning academic prizes and distinctions at both institutions. His undergraduate notebooks as well as his essays and articles on ancient topics reveal a mind engrossed in problems in classical scholarship and fascinated by the relationship between ancient and modern thought. His first publications were English translations of classical texts and even after he had ‘left Parnassus for Piccadilly’ antiquity continued to provide him with a critical vocabulary in which he could express himself and his aestheticism, an intellectual framework for understanding the world around him, and a compelling set of narratives to fire his artist’s imagination. His debt to Greece and Rome is evident throughout his writings, from the sparkling wit of society plays like The Importance of Being Earnest to the extraordinary meditation on suffering that is De Profundis, written during his incarceration in Reading Gaol.

Oscar Wilde and Classical Antiquity brings together scholars from across the disciplines of classics, ancient history, English literature, theatre and performance studies, and the history of ideas to explore the varied and profound impact that Graeco-Roman antiquity had on Wilde’s life and work. This wide-ranging collection covers all the major genres of his literary output; it includes new perspectives on his most celebrated and canonical texts and close analyses of unpublished material, revealing as never before the enduring breadth and depth of his love affair with the classics. 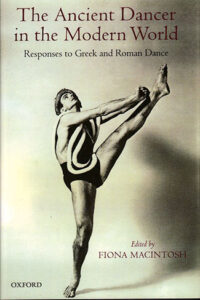 The Ancient Dancer in the Modern World: Responses to Greek and Roman Dance

When the eighteenth-century choreographer Jean-Georges Noverre sought to develop what is now known as modern ballet, he turned to ancient pantomime as his source of inspiration; and when Isadora Duncan and her contemporaries looked for alternatives to the strictures of classical ballet, they looked to ancient Greek vases for models for what they termed ‘natural’ movement. This is the first book to examine systematically the long history of the impact of ideas about ancient Greek and Roman dance on modern theatrical and choreographic practices. With contributions from eminent classical scholars, dance historians, theatre specialists, modern literary critics, and art historians, as well as from contemporary practitioners, it offers a very wide conspectus on an under-explored but central aspect of classical reception, dance and theatre history, and the history of ideas. 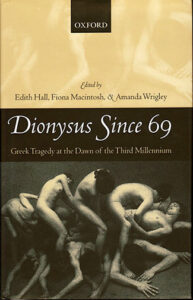 Dionysus Since 69: Greek Tragedy at the Dawn of the Third Millennium

Greek tragedy is currently being performed more frequently than at any time since classical antiquity. This book is the first to address the fundamental question, why has there been so much Greek tragedy in the theatres, opera houses and cinemas of the last three decades? A detailed chronological appendix of production information and lavish illustrations supplement the fourteen essays by an interdisciplinary team of specialists from the worlds of classics, theatre studies, and the professional theatre. They relate the recent appeal of Greek tragedy to social trends, political developments, aesthetic and performative developments, and the intellectual currents of the last three decades, especially multiculturalism, post-colonialism, feminism, post-structuralism, revisions of psychoanalytical models, and secularization.