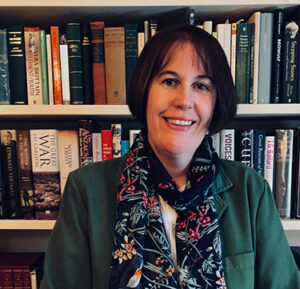 Kathleen Riley is a full-time writer, specializing in Classical Reception, biography, theatre history, and the history of ideas.

Born in Sydney, Australia, she received first-class honours in Latin and the University Convocation Medal from the University of Sydney. She completed a DPhil in Classics at Corpus Christi College, Oxford where she later held a British Academy Postdoctoral Research Fellowship.

A true interdisciplinarian, Kathleen has published books and articles on a wide variety of subjects ancient and modern. She was lead editor of Oscar Wilde and Classical Antiquity and, most recently, a contributor to Seamus Heaney and the Classics: Bann Valley Muses. She has reviewed live theatre, biographies and books on film and modern dance for the Times Literary Supplement.

Kathleen’s critically acclaimed book The Astaires: Fred and Adele, which in 2012 was included in both the Wall Street Journal‘s Best Non-Fiction and the Washington Post‘s Best Books of the Year, has been optioned for a motion picture currently in development. She was the creator and director of the first international conference on the artistry and legacy of Fred Astaire, which was held at Oriel College, Oxford in June 2008, with Ava Astaire McKenzie (Astaire’s daughter) as special guest (‘Fred Astaire and the Art of Fun’, TLS, 16 July 2008. She also helped to organize ‘Fred Astaire and Ginger Rogers: A London Celebration’ at London’s V&A in September 2015.

She worked as Script Consultant on My Perfect Mind, a Told by an Idiot, Young Vic and Theatre Royal Plymouth co-production, which had its world premiere in February 2013, directed by Kathryn Hunter and featuring Edward Petherbridge and Paul Hunter. The show enjoyed two seasons at London’s Young Vic, toured to Barcelona and was part of the 2015 Brits off Broadway Festival in New York.

Kathleen’s latest book, Imagining Ithaca: Nostos and Nostalgia Since the Great War (OUP, 2021) was long-listed for the 2022 Runciman Award. She is presently at work on a new volume about classical responses to the Spanish Civil War.